Stuttering is a communication disorder in which the flow of speech is broken by repetitions, prolongations, or abnormal stoppages of sounds and syllables. Here are a few facts about stuttering: 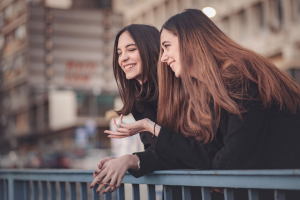 SpeechEasy is a combination of proven technology and techniques which can be used to reduce stuttering. Worn in one ear and similar in appearance to a hearing aid, SpeechEasy has helped thousands increase their ability to communicate effectively and confidently. The program that comes with every SpeechEasy is supported by a team of fluency professionals who truly care about your success. Contact us today!